Ready for your next level? Let's talk

You're a high-achieving leader with a great track record. And you're at a pivotal moment.

If that's the case, let's spend 15-20 minutes together. I’ll help you clarify what an incredible outcome would look like for you and identify the key opportunities and obstacles.

If there's an exciting powerful goal and it’s something I can help you with, I may extend the offer of a complimentary deep dive coaching session to go further.

At the very least I will do my best to point you towards a useful resource.

I only have limited time each month for these conversations, but if you’re serious about creating an extraordinary future, let’s talk.

Note: If there's no availability, or if nothing fits with your time zone, we're sorry. Please get in touch and we'll find you a time.. 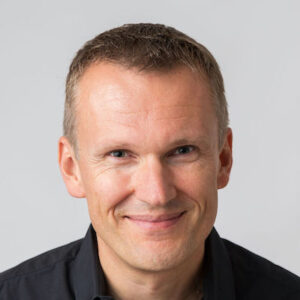 Richard Medcalf describes himself as "what you get if you were to put a McKinsey consultant, a slightly unorthodox pastor and an entrepreneur into a blender".

Richard is the founder of Xquadrant and a trusted advisor to exceptional CEOs and entrepreneurs, and their leadership teams.

Richard has advised business owners and C-level execs for over 25 years. After a Masters Degree at Oxford University, where he came top in his year, Richard joined a premier strategy consultancy where he rose to become the youngest-ever Partner. He then spent 11 years at tech giant Cisco, firstly elevating Cisco’s relevance in the C-suite of its Fortune 100 customers before being selected for an elite team set up by Cisco’s CEO to catalyse strategic partnerships & new business models.

Richard founded Xquadrant in 2017, with the mission of helping elite leaders reinvent their 'success formula' and multiply their impact on their purpose, their people and their profit.

His personal 1:1 clients include CEOs of billion dollar companies, a Chairman nominated by EY as Entrepreneur of the Year, an Olympic medallist, and the founders of tech 'unicorns'. Richard also runs the high-end CEO community, Rivendell. His book, Making Time For Strategy, will be published in January 2023.

Richard is bi-national English/French, lives near Paris, and is happily married and the proud father of two. He's also a licensed lay minister in the Anglican Church, and has an insatiable love for spicy food and the electric guitar.

Can't find a time that works?

If you cannot see a convenient slot in the calendar above, please contact us directly and we'll work something out.