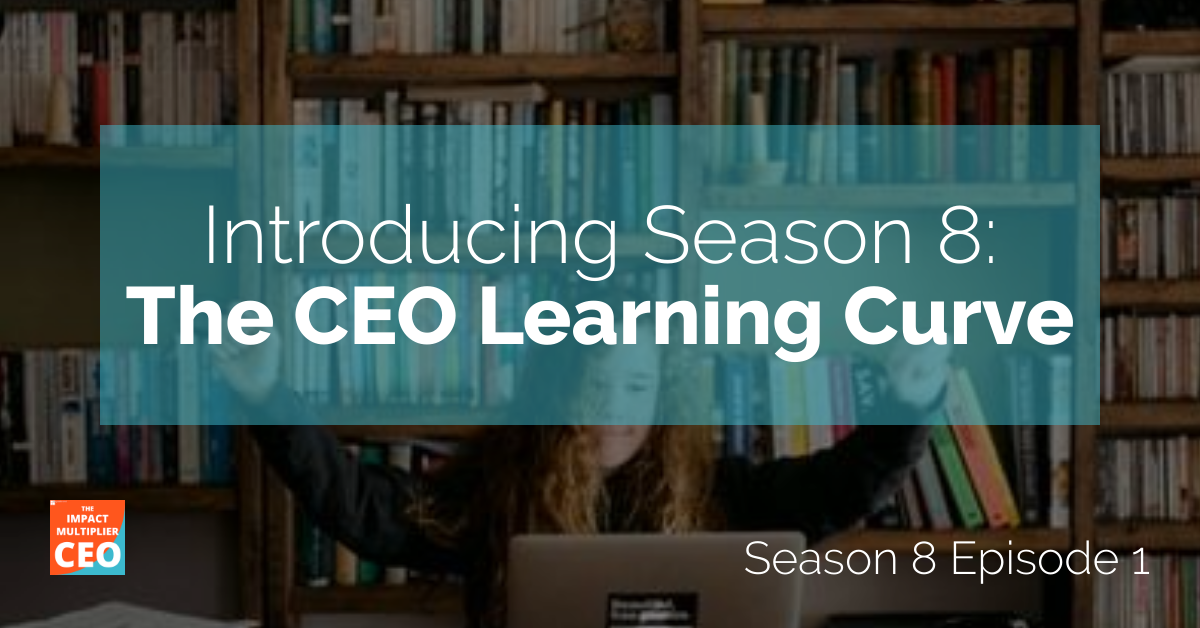 An episode of The Impact Multiplier CEO Podcast

Welcome to Season 8 of The Impact Multiplier CEO Podcast. This season is entitled "The CEO Learning Curve", where interesting and inspiring CEOs reflect on what got them the top job, what they've learned over the first few quarters in the role, and what lies ahead. In today's brief episode Richard explains the rationale behind the season and explains what treats are in store.

More of a video person? No problem.

You can watch this episode and discover more videos on strategy, leadership and purpose over on the Xquadrant YouTube channel.

Richard Medcalf
Welcome to the CEO Learning Curve. In this season, I speak with some relatively new chief executives, people who have been in their roles between one and two years from a variety of really interesting companies. Some of them are on a huge growth trajectory. One of them is quadrupling the size of their organization to over 1000 people in just a couple of years. Other of them have got really great revenue ambitions.

They're opening up new offices, somebody else came into their role, found the company had massive systemic fraud that caused the sale of the business to fall through. Other people joined in the very next week, the coveted lockdown occurred. So these are CEOs who are going through really interesting pivotal moments in their own personal leadership careers and in the businesses that they're leading. And in this discussion, I want to go behind the surface. I want to find out the story.

What was it that got them the CEO role in the first place? What was it about them that made them able to make the leap from a general manager or functional specialists into the top job? I also want to find out the story of what did they learn? What went well, what didn't go so well? What advice would they give to other people coming after them?

This is a treasure trove of insights from people who have recently been on the journey. We dig below all the classic statements like, you need to build a great team and you need to get your strategy right. We find out the underbelly if you like the real stories. And I found it a really fascinating series. So I hope you're going to enjoy this as we speak as I speak with some really fascinating and highperforming leaders running some very interesting companies. So enjoy the rest of this season - The CEO Learning Curve.

**Note: This transcript is automatically generated.
Please excuse any errors.

Once you've subscribed to the podcast, why not go deeper and subscribe to the Xquadrant Insider?

This is our complementary email newsletter that focuses on multiplying value and impact at the intersection of leadership, strategy and purpose.  Originally designed for our private clients, we've made this available to a wider audience of high-achieving and purpose-driven leaders.