If you are a driven, strategic leader, you might be creating unnecessary resistance, stress and drama in your organisation because you’ve unintentionally shut down a critical leadership perspective on your team. Here’s how you can avoid this common trap.

A Visionary Leader…. An Organisation in Tatters

When I was at Cisco, a new leader came in to the company to merge two departments together and create a new business unit. The company went big on the announcement, wheeling said leader onto the quarterly earnings call with investors, and so on.

Two years later, the leader had left and the organisation was in tatters. There were a number of factors involved of course, but the absence of a critical leadership perspective had a major role.

We’ll pick up the story in a minute, but let’s step back and understand this absent insight.

The Overlooked Perspective of the Mediator

Working with teams at all levels, we’ve seen that one lens is consistently rendered invisible. It’s the lens of the Mediator, the lens that brings a people-centric focus.

Here’s a quick pen-sketch of the Mediator. Take a minute to see whether this is your primary lens, a lens that you value and can use when necessary, or a lens that is rather uncomfortable for you and used only occasionally.

The Mediator lens is the perspective of PEOPLE and RELATIONAL HARMONY, asking the questions:

Probably the quietest perspective around the table, the Mediator lens is actually the primary perspective of a massive 40% of the population.

Why Overlooking the Mediator Is Bad News for Leaders

The absence of the Mediator perspective in leadership teams is a real, practical problem.

That’s because the Mediator lens is the primary perspective of around 40% of people. So any team who fails to integrate the Mediator’s unique wisdom into their decisions and communication plan are highly likely to create relational friction, misunderstandings and resistance with a huge proportion of stakeholders!

What happened at Cisco? Well, the leader I mentioned built a leadership team of competent business-builders, but there was no evidence in any of his communication or actions of the Mediator lens. Unspoken values were violated, alienating the staff; valid practical concerns were ignored, leading to strategic blunders; and key internal stakeholders were bruised at the abrasive style of the leader and his team, which led to the withering of internal support.

Had this leader valued and consulted the Mediators in his midst, much needed relational oil could have been poured on the business changes that were happening, and the abrasiveness smoothed over sufficiently to lead to a rather different outcome.

Who is the warm, caring and supportive person on your team? Who remembers the birthdays and knows how people are truly feeling? Who only rarely speaks up in meetings? Chances are you’ve found a Mediator.

Remember, Mediators bring incredible relational insight and ‘fluidity’ to organisational dynamics. But they need to be heard.

A simple way to start is to invite a Mediator to share their thoughts at the very start of a discussion, before the more domineering personalities have had a chance to establish positions and begin a heated discussion, which the Mediator won’t want any part in.

ACTION POINT: What’s the specific action you can take to activate a Mediator in your world today? 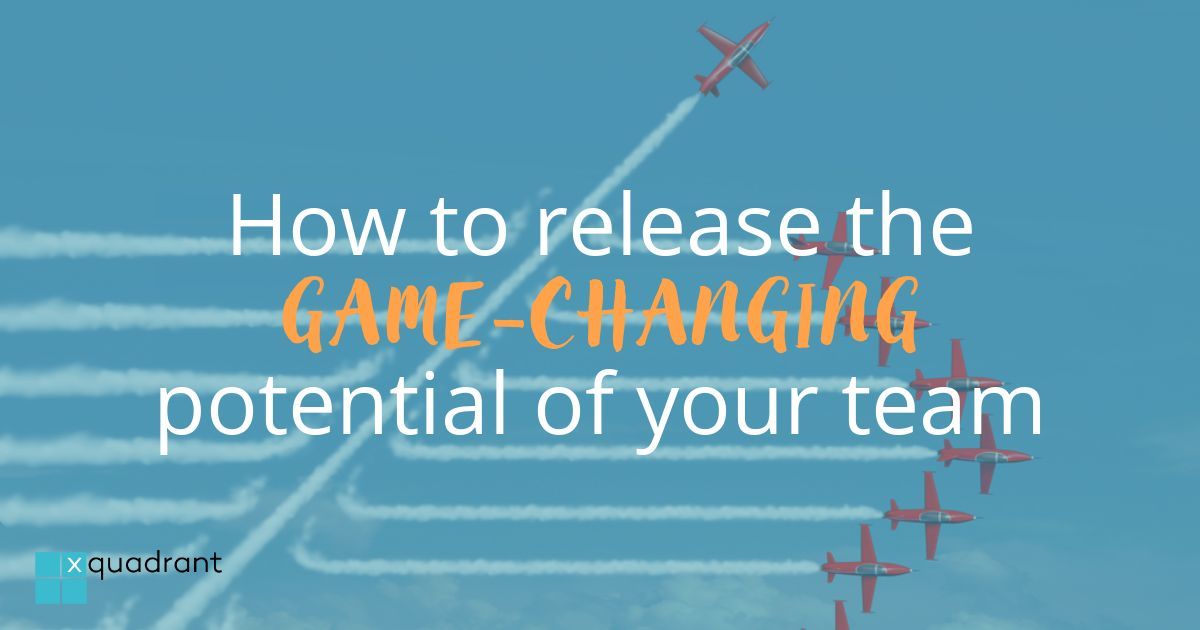 “I want more innovative thinking from my organisation.” We hear this all the time from C-Suite leaders. Well, what if there were actually game-changing ideas that you simply weren’t hearing? END_OF_DOCUMENT_TOKEN_TO_BE_REPLACED 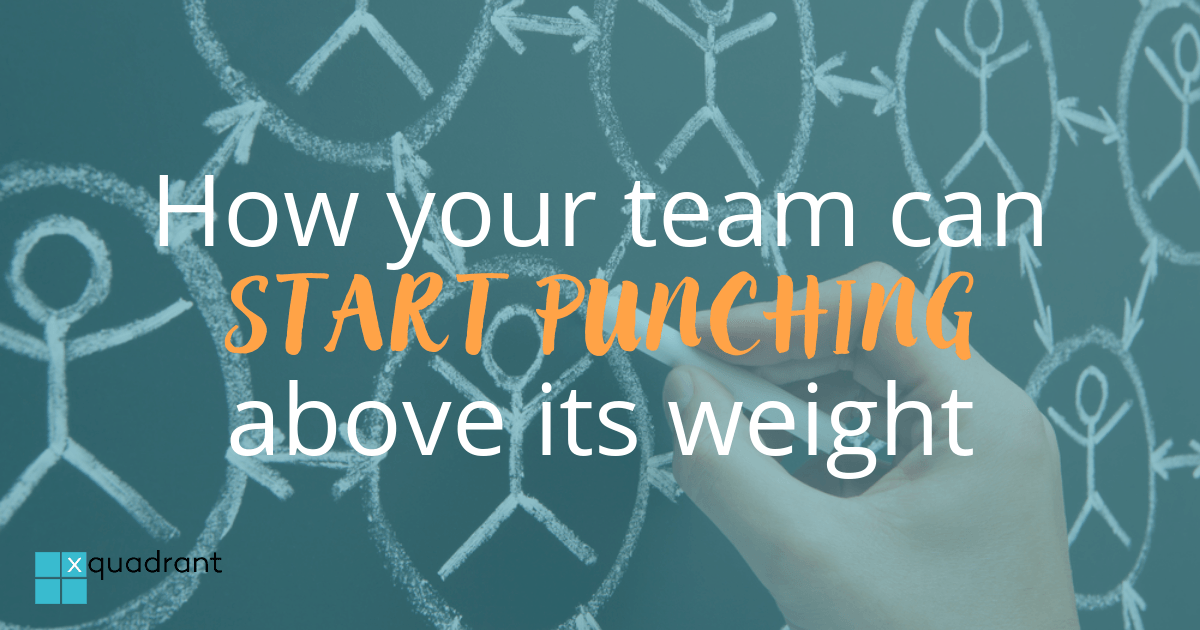 You might have a focused strategy, a great product and relentless execution, but if you fail to harness the power of one key leadership perspective in your team, your impact END_OF_DOCUMENT_TOKEN_TO_BE_REPLACED 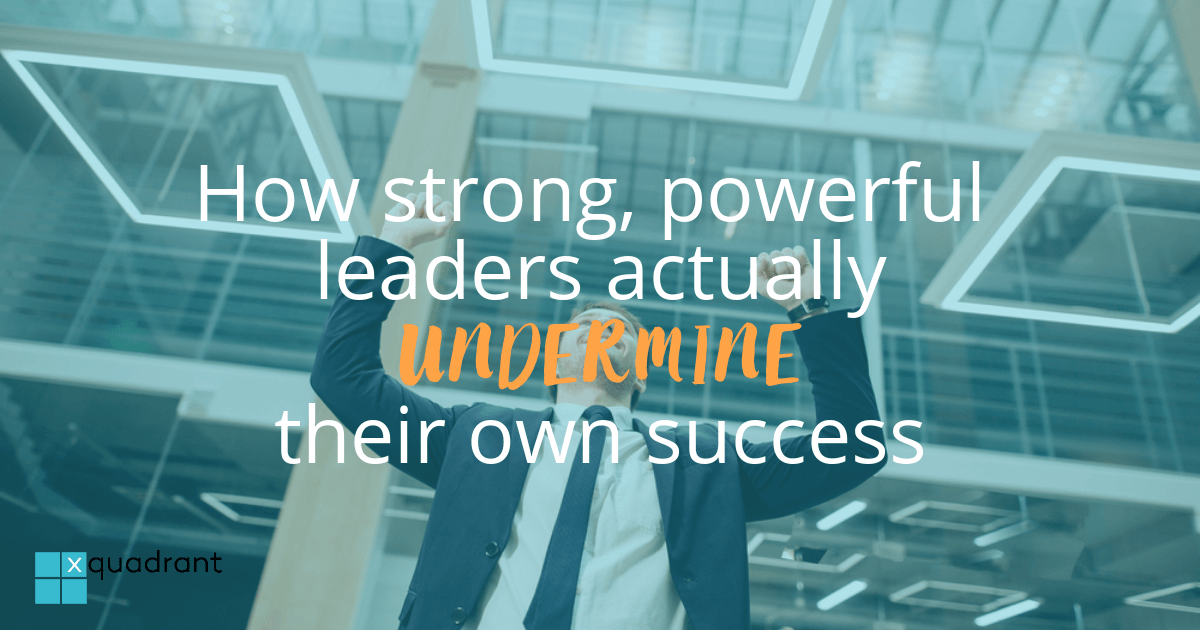 How strong, powerful leaders actually undermine their own success

Strong, strategic leaders are an incredible asset - but they can easily and permanently undermine the long-term success of the team. Here’s how you can avoid this common but often END_OF_DOCUMENT_TOKEN_TO_BE_REPLACED

How strong, powerful leaders actually undermine their own success