How to increase buy-in to your strategic plan

How can I get my organisation bought in to my new strategic plan?

I was recently coaching Craig, a leader who’d just taken on a new C-Suite leadership role and needed to put in place a strategy and plan. He’d worked late nights and weekends on this, and was really pleased with the result. He’d presented it to his senior stakeholders to murmurs of approval.

His question: ”Now, how do you get the rest of the organisation bought in?”

It’s helpful to see leadership through the lens of push and pull behaviours.

We’re naturally strong in one of these, and the other tends to be a learnt behaviour.

Many senior leaders are great at push behaviours, and indeed the very idea of “how do I get people to buy in to my plan?” is a ‘push’ kind of question. That’s fine, but why not slow down and think about how to build in some real ‘pull’ activity.

Because push establishes clarity, but pull builds commitment and ownership.

Your plan, or our plan?

The real question here is whether the plan is going to be seen as your plan or our plan? Let me give an example. Imagine I was to show up at your front door one day:

“Hello! Please take this and own this.”

And I push a newborn baby into your arms.

Now, you’ll probably take care of the basic short-term requirements of the child but you’ll probably be on the phone to Social Services pretty quickly, finding out who you can pass this unexpected child on to.

It’s a baby, but it isn’t your baby. And you’ll be pretty mad at me for dumping the child on you.
But now imagine what would happen if you made a baby! It’s your child, your responsibility, and you’ll do anything for it.

“If people don’t weigh in they won’t buy in”. So how can you help your people get their fingerprints on the plan and make it theirs?

If people don’t weigh in they won’t buy in

Leadership author Patrick Lencioni coined the phase “If people don’t weigh in they won’t buy in”. So how can you help your people get their fingerprints on the plan and make it theirs?

Try presenting the plan as a first draft and invite a select number of key stakeholders (superiors, peers, subordinates) to help you make it better.

But what if all this extra input makes the plan worse? What happens if the plan deviates so far away from the original idea I’ve presented that it will no longer be fit-for-purpose?

Roger Taylor, the drummer from the rock band Queen, once explained how they wrote their songs: “one of us would come up with the first version, and then the rest of us would try to change it!” And this process of creative collaboration resulted in far better songs than the individual could have developed alone (check out Freddie Mercury’s solo albums for proof of this).

So think of it this way. You’ve developed the core melodies, rhythms, lyrics (ideas, themes, goals) - and you’re now seeking input to make the whole thing better and more compelling. Perhaps you’ll switch the verses around, add a bridge or change the key - but the overall song (plan) will be recognisably the same.

And you’ll have the advantage of it being “our plan” instead of “your plan”.

One of the thinking tools I use with my clients is our Strategic Action model. It’s a four-step process that zig-zags between the long-term and the near-term to close the gap between vision and reality. It’s a great way to structure a discussion so that a vision becomes a shared plan. 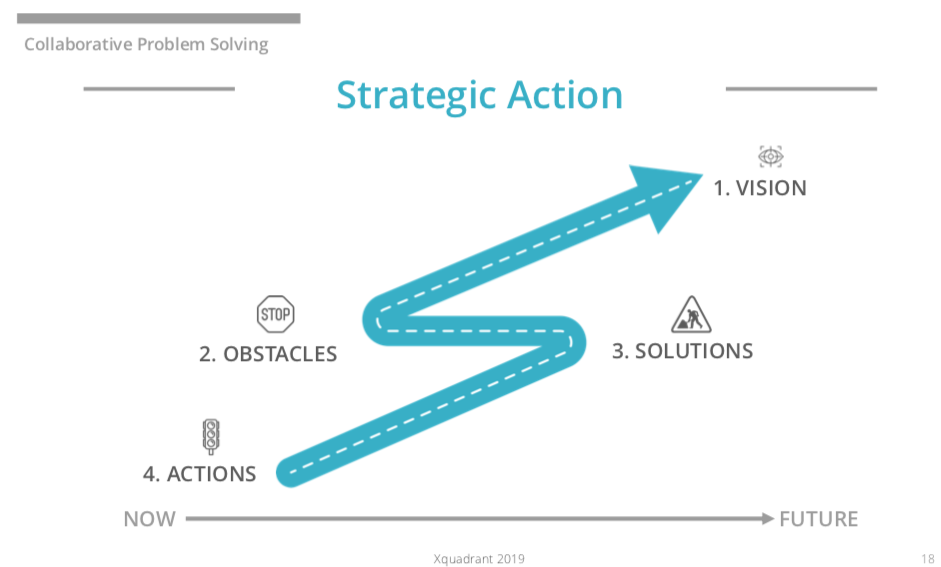 Firstly, agree on the vision. Specify a time horizon and describe what needs to be true to declare success. Remember a vision is something you see, so everything in the vision should be specific and falsifiable: “In 12 months we want to have doubled our revenues and launched our next-generation product.”

You may not want to put all the vision up for debate, but you do want to make sure people feel comfortable with it and have their chance to add any colour or debate any elements they feel are undesirable or unachievable.

Secondly, come back to the near-term and ask. “What’s stopping us from achieving this? What’s the problem? Why haven’t we achieved it already?” This is a great moment for the pragmatic realists in the group to step forward and tell you all the reasons it’s not going to work!

But the seeds of your success lie in the obstacles ahead of you, so it’s essential to map those out and come up with a shared view on the top handful of obstacles that will absolutely need to be overcome if the vision is to become a reality.

Avoid the ‘can-do’ mentality that avoids talking about problems (“just give me solutions dammit!”) and actually embrace the idea of getting all the obstacles clearly defined and in the open.

Now you’ve got your obstacles listed, turn the group’s attention to what strategies and projects are needed to overcome the obstacles. For example, “We have no way of tracking customer adoption” turns into an IT project; “No one has any time to work on this” becomes a recruitment project or a decision to abandon a competing priority; and so forth.

Now you’ve got a number of key initiatives that are needed to turn your vision into reality. The question then becomes: what’s the very next action to be taken on each of these projects in the next few days, and who’s going to do it?

Actions should be discrete and quickly achievable… rather than the first action being “develop the plan” it’s more likely to be “assemble the team” or “set up a call” or “share a first-draft list of names”. Creating a whole sub-project as a next action is a recipe for ambiguity and procrastination.

The Strategic Action approach is simple and it helps everyone from the visionary to the pragmatist to get comfortable with the objective and what needs to be done to get there. It builds the bridge from the present to the future, and moreover by including the team in the conversation it’ll no longer be your plan, but our plan.

If you’re a high-level leader with ambitious goals for your organisation, we’d love to see how we can support you as you transform your business, either 1:1 or with your leadership team. 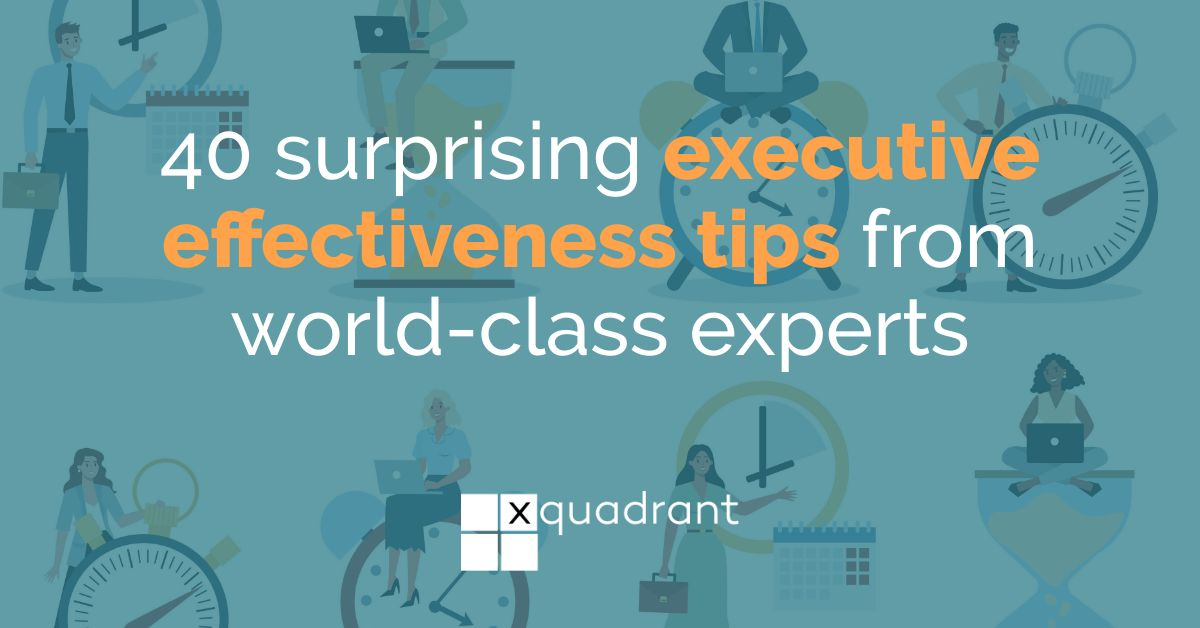 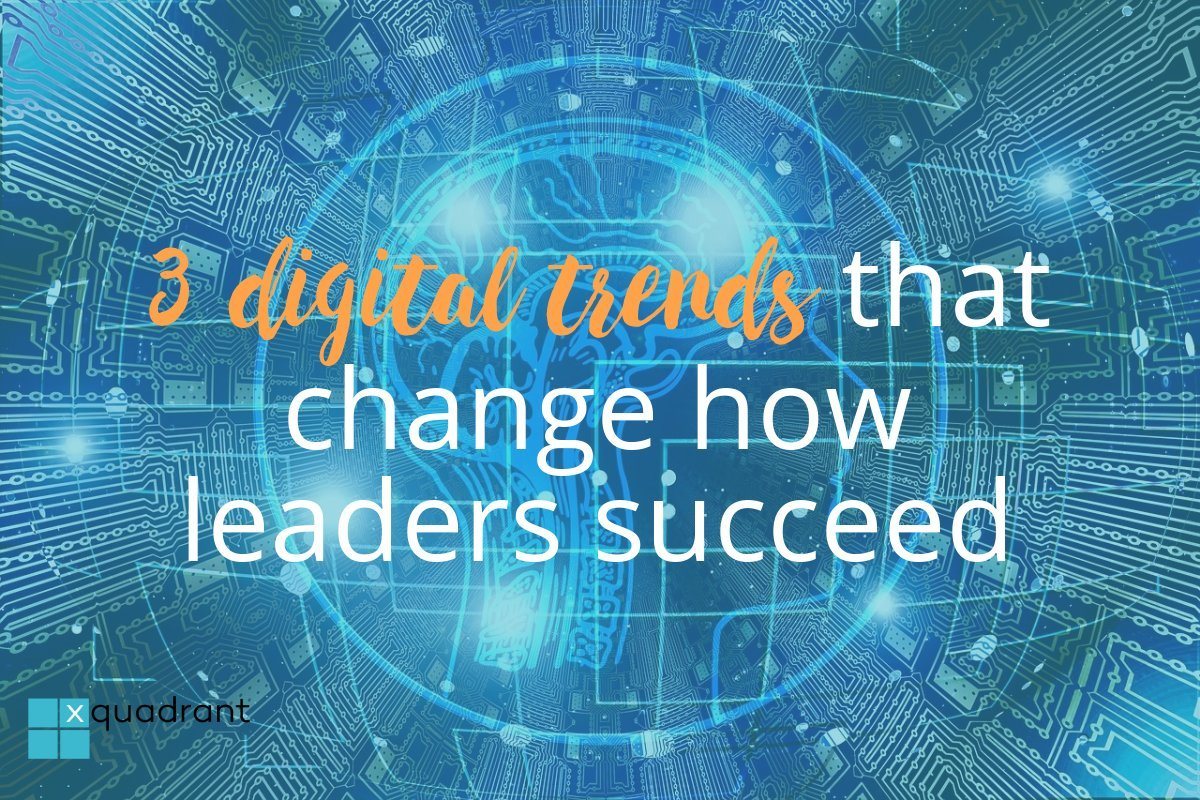 Q. Why do people scramble to answer the telephone?A. Because their grandparents did.Human behaviour always lags technology evolution. When our grandparents installed their home phones, a phone call was a END_OF_DOCUMENT_TOKEN_TO_BE_REPLACED 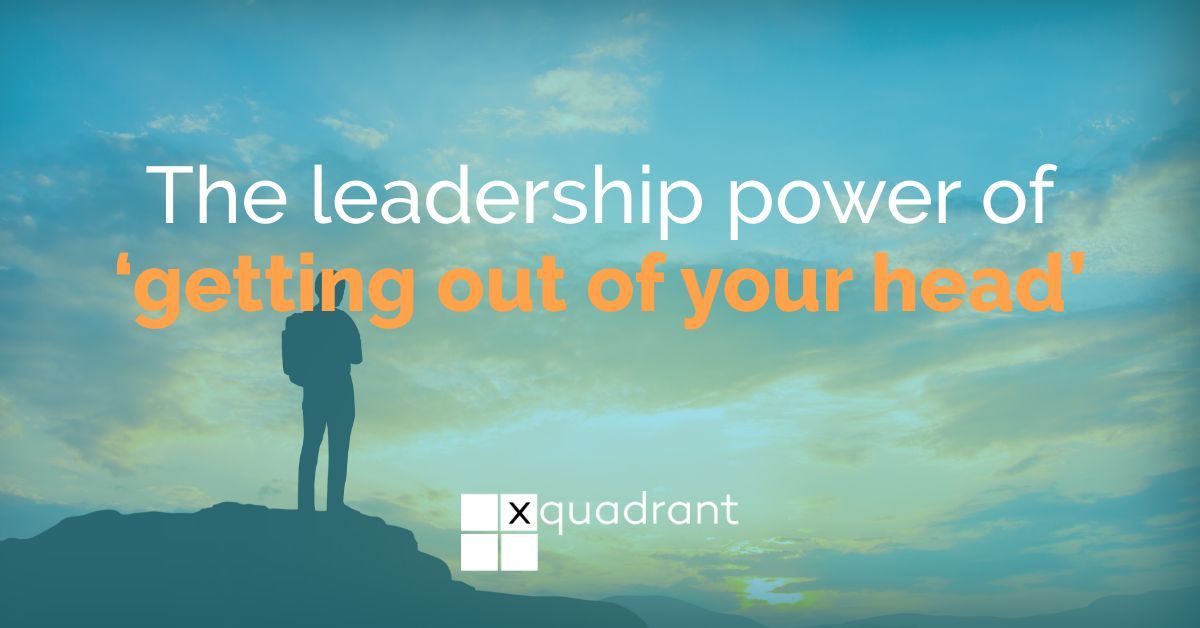 The leadership power of ‘getting out of your head’

I spend so much time “in my head” - conceptualising, analysing, strategising and intellectualising. Perhaps you can relate. After all, many leaders have relied upon their intellect - their schooling, END_OF_DOCUMENT_TOKEN_TO_BE_REPLACED

The leadership power of ‘getting out of your head’